Merging Project Issues is a solution developed by BroadTech IT Solutions to manage duplicates in project issues. While using the Odoo project issue feature as ticketing/helpdesk mechanism, it is possible that the same requirement/issue can be recorded more than once with different subjects or titles. This module helps users to merge duplicates manually without losing the communications and other information associated with the issues.

Here it is explained with an example. The image below shows the first issue ‘Output Incorrect’.

Issue name and communication history under the issue are highlighted. 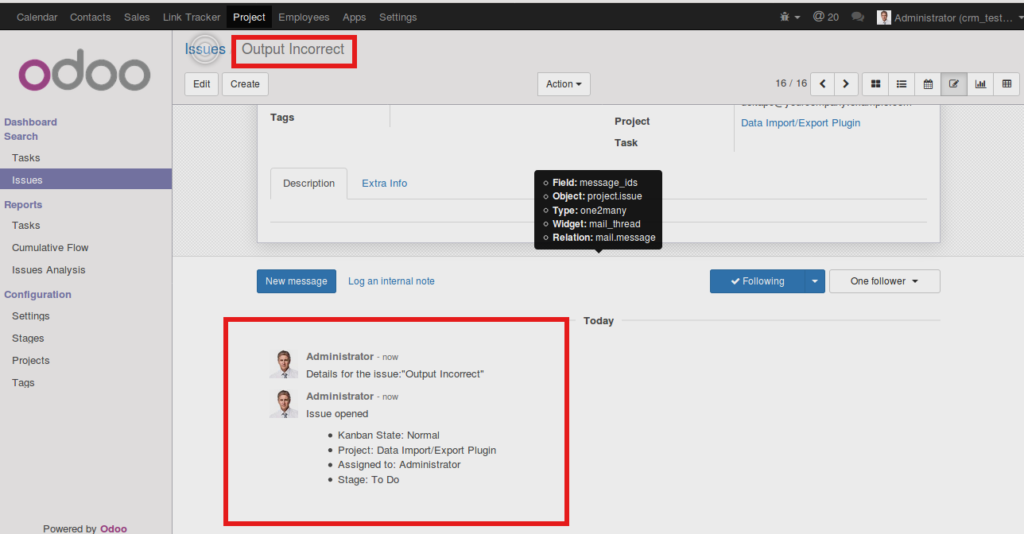 ‘Program not giving proper output’ is the second issue.

Issue name and communication history under the second issue are highlighted in the image. 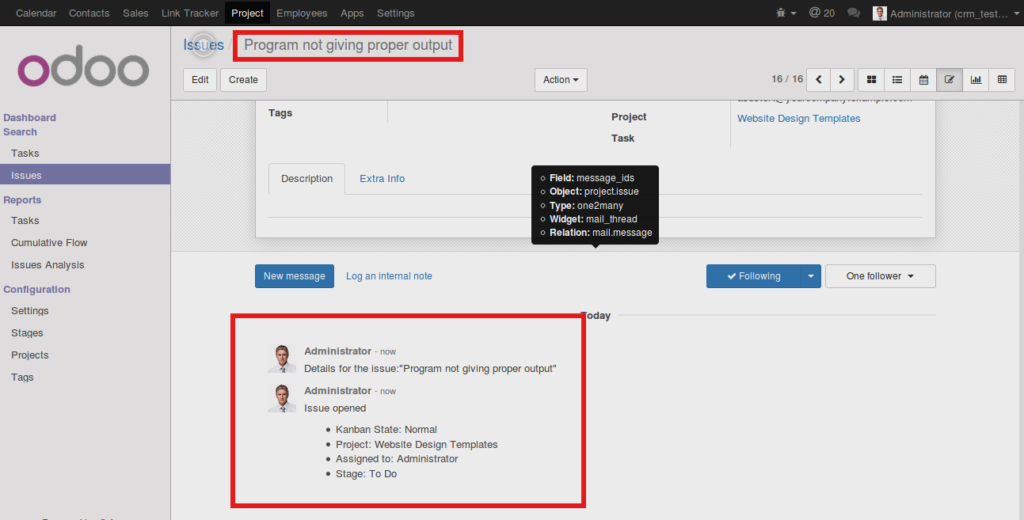 In the pop up wizard, you can select the second issue(Destination issue) and perform merge operation. 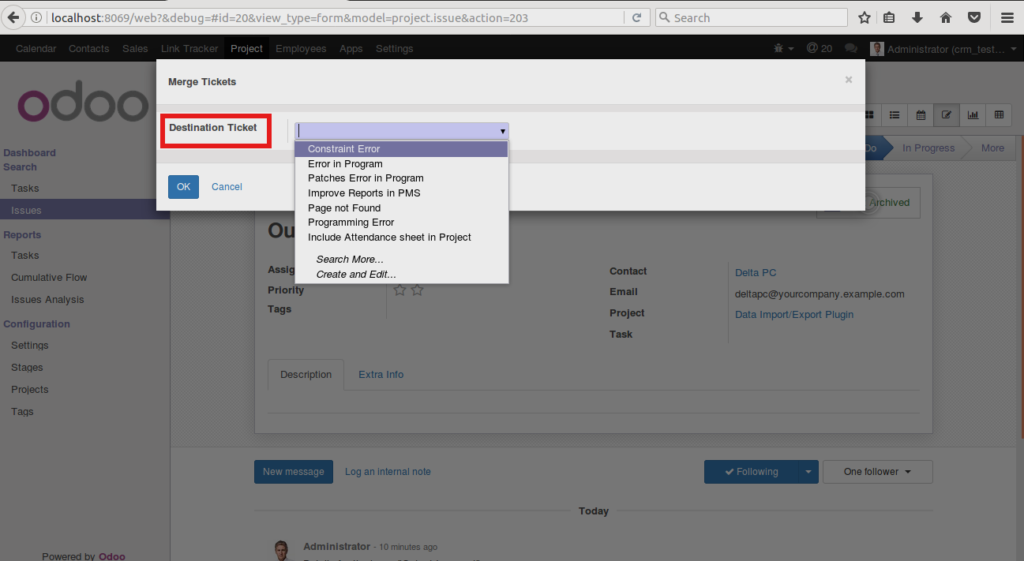 Once the issues are merged, the first issue will get cancelled.

The whole communications and information corresponding to the first issue will be removed from there and those will appear under the second issue. 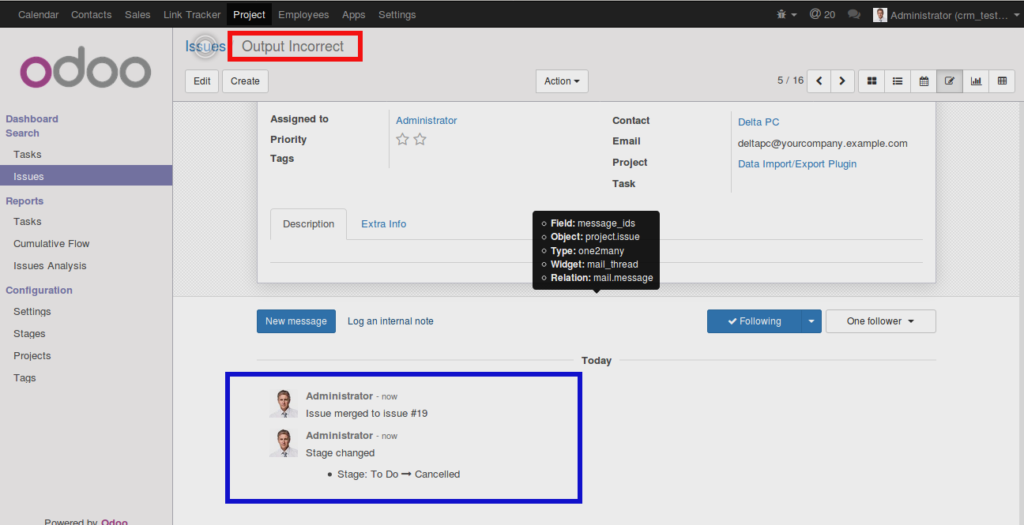 This is how the second issue(destination issue) appears after merge. 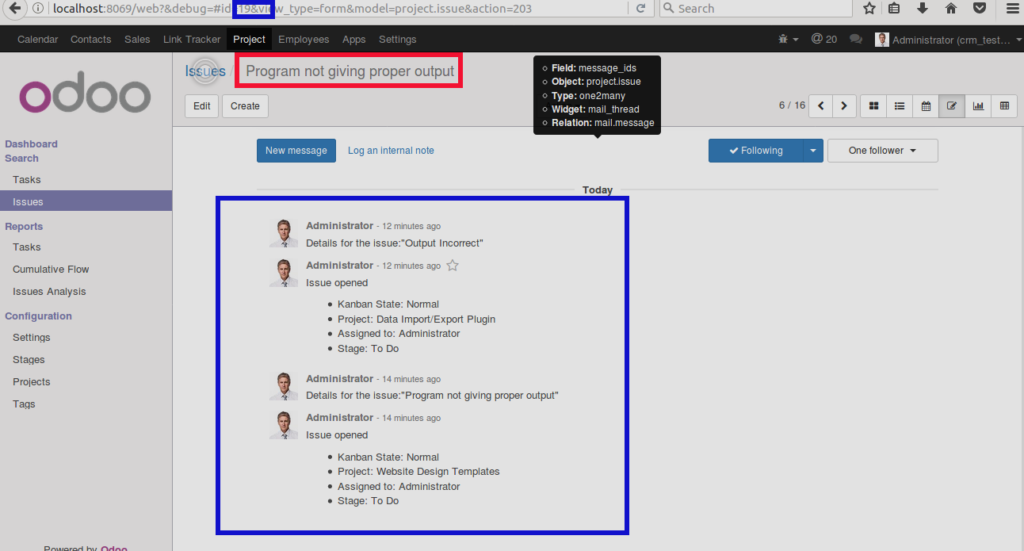 Please refer link to the module in Odoo Apps https://apps.odoo.com/apps/modules/10.0/bt_merge_issue/